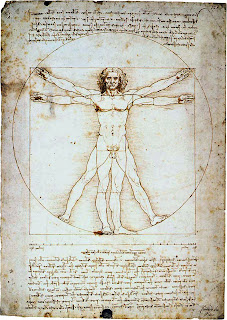 Well, it has been a few days...so what have I been up to? Aside from work, family life and having fun on the most beautiful island in the world, I have been researching and exploring the world of pipedom. I received another pipe that I bought from ebay for a whopping $8. It is a Wally Frank, I think it's a Bulldog. It says "unvarnished briar" and has two dots on the stem. It needs a bit of work before I smoke it, but that should be some fun.

I also received a very exciting care package from a supportive fellow piper that included some 4 estate pipes (a meerschaum and an Astor in the mix) which look like they will all be great, after I work out some restoration skills. So I have a total now of 5 pipes to restore, and 3 fantastic smokers that are in use at the moment.

Also included in this surprise care package were a number of tobaccos, some of them a bit dried, but all of them smokable with a little care. Some weren't labelled, and so are kind of "mystery smokes", some classics like some 2000 G.L. Pease Renaissance and 2000 Balkan Sasieni, a big old bag labelled Edward's - 10/00 Bayou Night(I think it is bulk from C&D and sold from an Edward's Shop), and a box of Mixture 79. I did some research on the named ones, and I am a both curious and apprehensive about the #79. A lot of hot and cold in the reviews, and warnings about "ghosting", so I will likely try that stuff, but I'll wait until I grab a cheap cob.

Based on the reviews, I thought I'd start with the Renaissance. I figure there are about 5 bowls there, and it was a bit on the dry side. So I got a 250ml wide mouth mason jar, a 2-inch square of sponge, and a hot glue gun. I glued the sponge to the inside of the jar lid, and wet it with some distilled water. I put the dry Renaissance in the jar, tightened up the lid and left it overnight. This evening I openned it up and found that the tobacco had rehumidified well, in fact, if anything it was over moist. I pulled some out, changed the lid to a sponge free one, loaded up my Peterson Killarney and headed for the deck.

What a nice smoke! Nice, round, tasty, mild...just lovely! Simply a great way to start the Labour day weekend! It had a lovely aroma and I thoroughly enjoyed it! I feel like a pretty lucky fella to have folks sending me free samples of fine 9 year old tobaccos! I am spoiled rotten! I guess there can be no turning back now!

The more I read on the various boards, the more I see that these random acts of generosity are far more frequent than one would expect, and I think if more people smoked pipes, the world would be a kinder, gentler place. Am I being over enthusiastic? Maybe, but I am really just feeling grateful. Thanks man, you know who you are!

As I have said already, I am a fairly infrequent smoker, at most five to seven bowls a week, so I figure I have about 16 or 18 ounces of various tobaccos, with 8 ounces of Just for Him's Shortcut to Mushrooms in the mail...so it may take me quite a while to work through it all. It's a tough job, but hey, someone's got to do it!

If you have any stellar tobacco recommendations, please comment below, I'd love to hear about them! Until next time!
Posted by Old Wizard at 11:48 PM

Please be a gentleman or a lady. Promote and maintain the culture.